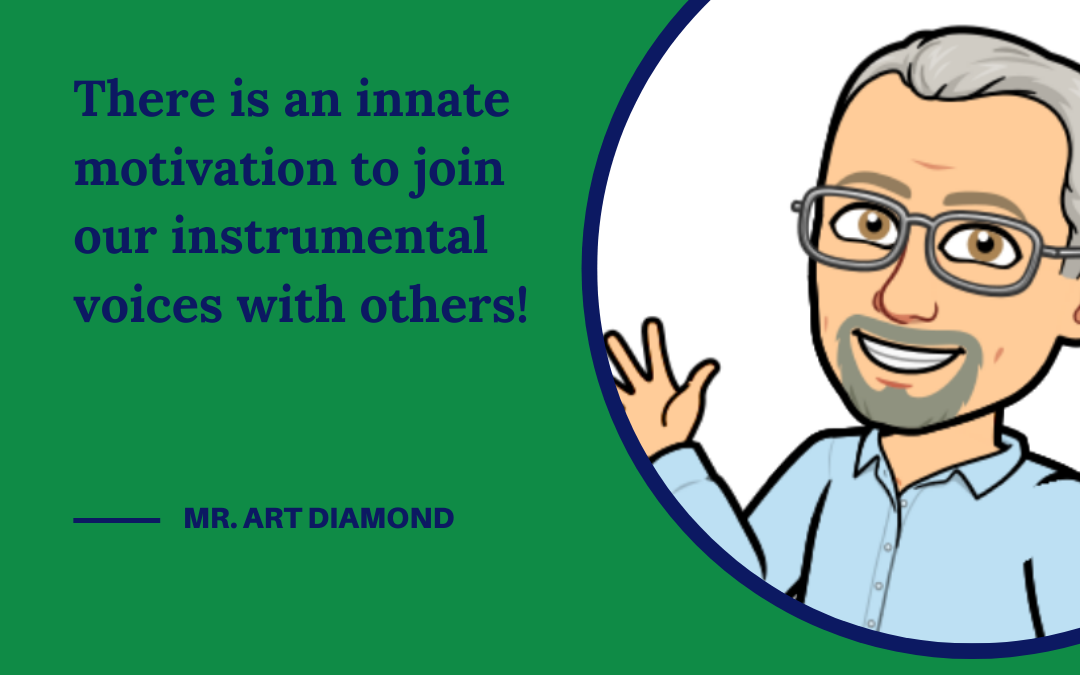 This famous quote is from Willy Shakespeare from his comedy “As You Like It.” Now that you no longer need to agonize over where you heard that quote, we can move on! Through a monologue performed by the character Jaques, Shakespeare takes the audience on a journey of the complete lifecycle of a human being, made particularly vivid by its visual images of the different stages of an Elizabethan’s life. The famous monologue is also known as ‘The Seven Ages of Man.’ You may be asking “what does this have to do with music?” From a merely practical sense, probably nothing…or possibly everything! I suppose it is up to our own interpretation of what it means to be up on stage. First, what is being up on stage and why would anyone want to do it?
Being up on stage is an opportunity to do something in ‘real-time’ where you will be on display for the purpose of entertaining people. This could apply to sports, except for the expectation that the musical performer knows exactly what should happen at any given moment of the performance. In sports, the performer is executing a plan or reacting to what the other opposing athletes are doing. However similar the goals are, performing on a stage is a much different expression of one’s personal abilities and desires. There are many forms of live performances on stage, but for my purpose (and experiences) I would like to focus on musical performance. There are basically two types of musical performances: solo and ensemble performances. While a solo is just one person performing by themselves, even two people performing together (called a duet) can arguably be considered an ensemble. Hence the reason for the ‘Part 1’ as part of today’s blog’s title. In this entry, I will be discussing the reasons behind ensemble performances, why they are important, and how this experience can have many benefits for a young music student. I will save solo performing for Part 2 next time.
While it is more than possible and beneficial for a young student to learn to play a musical instrument for their own private needs to be creative and expressive, there is also an almost innate motivation to want to join their instrumental voice with others. In a scientific study conducted at the University of Geneva in 2016 titled “The Effect of Ensemble and Solo Performance on Affective Experiences Induced by Music” (2016, Labbe’, Glowinski, and Grandjean), the researchers were building on previous works on the effects of different types of musical performances on projected human emotions. However in this study, the researchers wanted to know if the same model had an effect on subjective human emotions. What they found was that there was a difference in how ensemble performances made people feel, to solo musical performances. The study “found that participants felt like moving more and perceived their physiological rhythms change more during ensemble compared to solo conditions. Moreover, (the ensemble group) significantly predicted positive emotions, such as Wonder and Power, while (solo group) significantly predicted both positive and negative emotions, such as Tension and Nostalgia.” This isn’t to say that one type of musical performance is better than the other for a person emotionally, it simply gave credence that there are differences in how we are affected by ensemble and solo musical performances.
Playing in an ensemble gives a performer a sense of synergy. “Synergy is the creation of a whole that is greater than the simple sum of its parts. The term synergy comes from the Attic Greek word συνεργία synergia from synergos, συνεργός, meaning “working together””. This sense of expressing one’s self in connection with others can be quite exhilarating! The “id” and “ego” are pulled in a particular direction by our innate desire to be part of a whole in a meaningful way. Very few human activities are able to allow us the freedom to subordinate our desires to be recognized for an accomplishment, while achieving more than we thought we could by ourselves! To stand and bow at the end of a performance along with others, is to acknowledge that we did something special as part of something wholly bigger than ourselves because that was exactly what we wanted to accomplish!
Of course there are also the extrinsic benefits to performing music with others. Relationships and built, conflicts are resolved for the good of the group, etc., as well as the musical benefits of matching tone qualities with others, maintaining intonation with others, maintaining a unified tempo, etc. Ensemble performance may be the recommended style for a student who is shy. It gives them the opportunity to take chances without the full focus of the performance focusing solely on them. As they begin to feel more comfortable with ensemble performing, a shy student may get the urge to stretch themselves and attempt a small solo opportunity within the ensemble. Group music performance can be good for giving a talented extroverted young person the opportunity of self expression not afforded them by themselves, opportunities to display leadership within their community, and more choices as they progress toward the end of their time in mandatory education. Ensemble music is also a great place for the introvert who might never get to experience the same feelings of accomplishment as an athlete or an actor.
While public schools definitely excel in providing large ensemble opportunities and even smaller ensembles (quartets, jazz combos, for example), what about those musicians who wish to expand their accomplishments? If playing in an ensemble spreads the spotlight around, what benefits are there to going it alone? There are many benefits to performing as a soloist, to which Valotta Studios is in a unique position to help a young music student to explore that option. We will look at some of these opportunities next time.
LEARN MORE ABOUT GROUP CLASSES