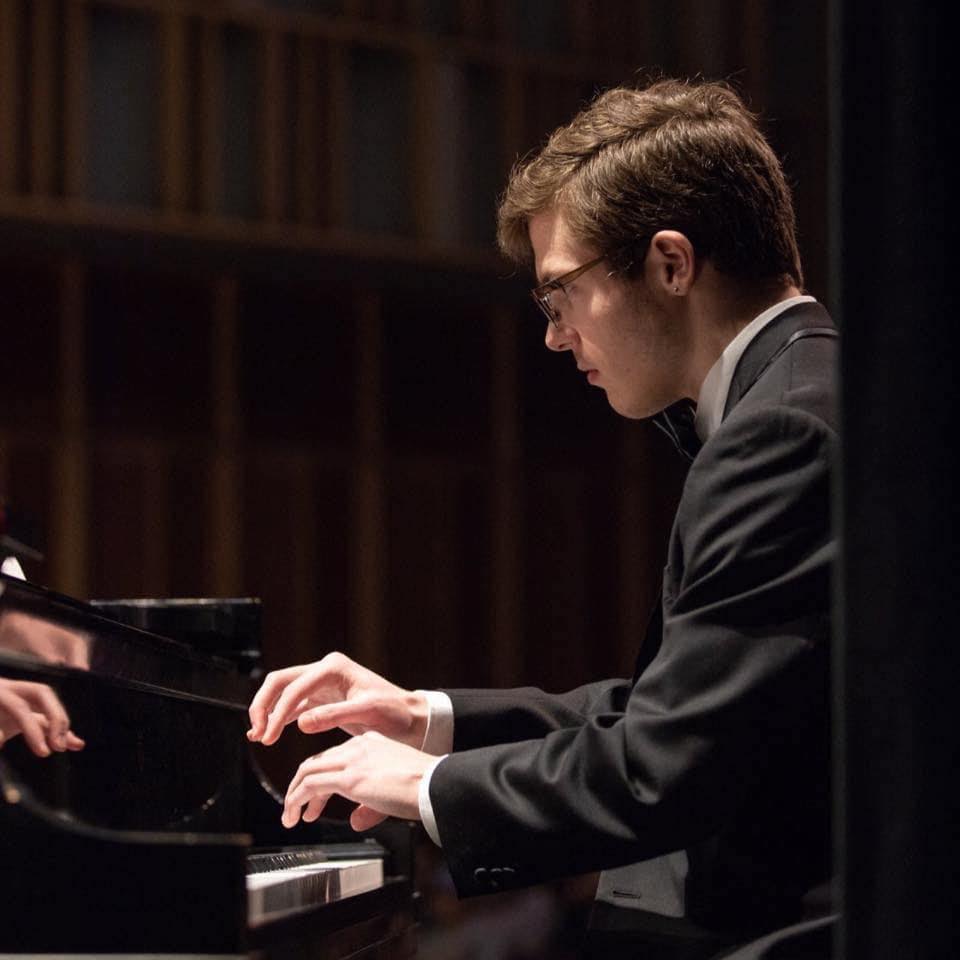 Aaron Hungerford is entering his fourth year of study at West Chester University, pursuing Bachelor of Music degrees in both piano performance and music education. A student of Janet Maass Fitz and Dr. Vincent Craig, Aaron has performed in masterclasses with Jennifer Hayghe and Erica Sipes, and is a recipient of the WCU Board of Governors Scholarship, the Raymond Cryder Conducting Scholarship, and the Michael Morochko Piano Scholarship. He serves as the principal keyboardist with the WCU Wind Ensemble, and accompanies and sings bass with the Concert Choir. This year, he will maintain his position as the accompanist of the Recital Choir, and he will join the Chamber Winds as pianist. In addition to ensemble performing, Aaron regularly appears onstage alongside his peers as a collaborative pianist. In his spare time, he enjoys exploring the numerous spots in West Chester to grab a bite to eat. Aaron is excited to share his love of music with his students!

Aaron can be personally reached at Aaron.ValottaStudios@gmail.com