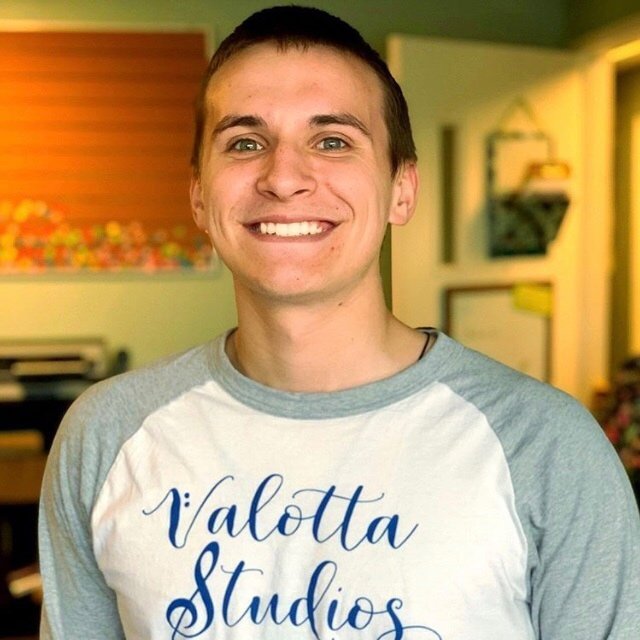 Andrew is currently pursuing his undergraduate degree at Immaculata University. Coming from a musical family (Mr. John is his actually older brother!), Andrew started to play music when he was seven. He continued with his love of music through high school where he actively participated in show choir and musicals each year, culminating in his lead role as Ren in Footloose his senior year. Additionally, he performed yearly with show choir at Disney World. As an instrumentalist, Andrew played ukulele, guitar, and saxophone as a regular performer at coffee houses and in school bands. He is excited to teach at Valotta Studios because he believes that music a valuable skill that opens doors to a promising future!

Andrew can be personally reached at AndrewE.ValottaStudios@gmail.com

“As a mom, you are always wanting the best for your kids. Mr. Andrew has been an incredible teacher and adult presence in my daughter’s life! He teachers her Uke and guides her through the lessons with ease, and makes it enjoyable. Beyond the music, my daughter loves that Andrew shares her interest in Pokemon and musical theatre. Thank you, Andrew!“