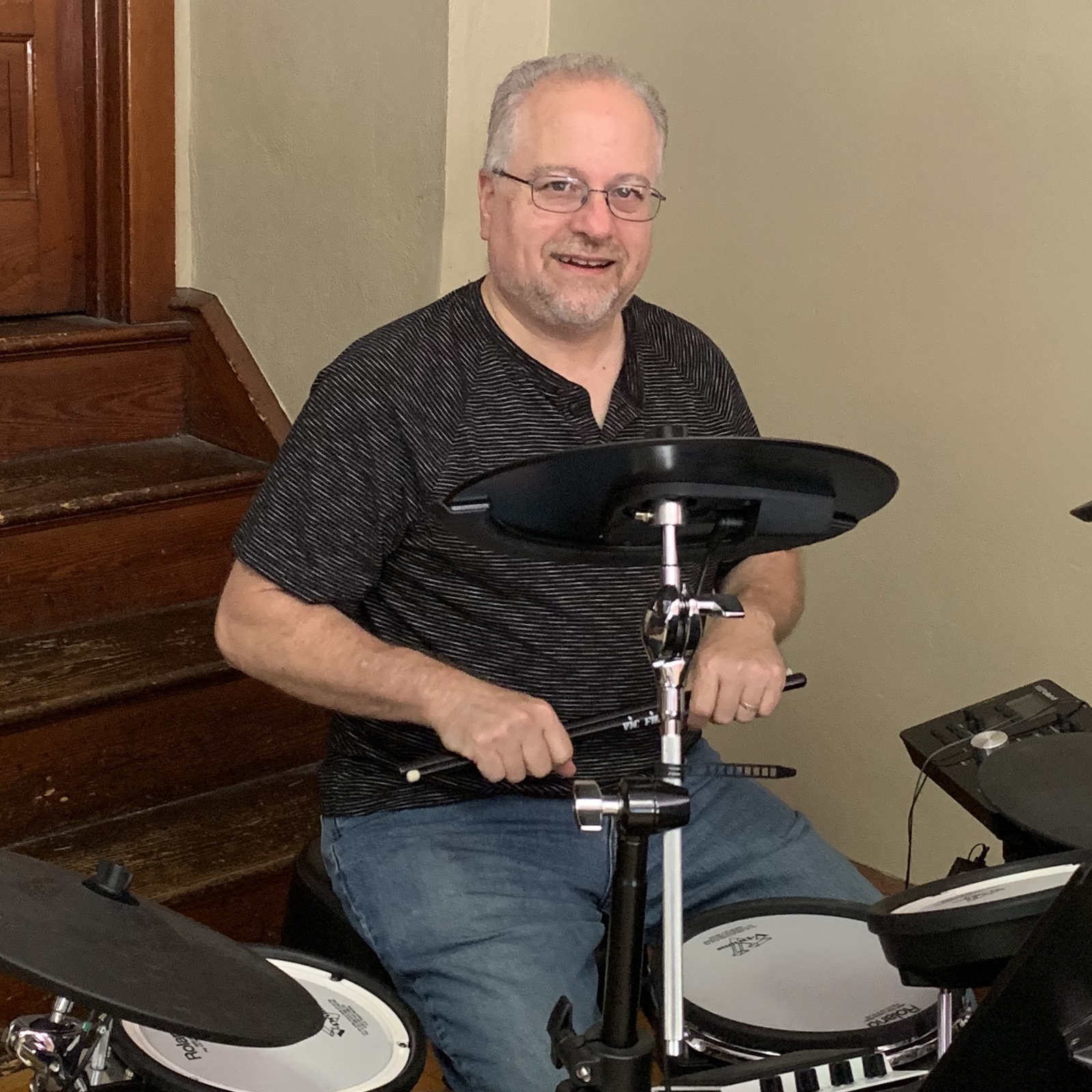 Art Diamond is a native of Downingtown, Pa. but was born and raised in
Philadelphia. He began his studies in music as a percussionist at 12 years old at the
Settlement School of Music, studying privately with William Cahn for six years. Art
was a 1979 graduate of Abraham Lincoln High School (Go Railsplitters!) where he
performed in the concert band, marching band, jazz band, symphony orchestra, as
well as the concert choir. Art continued his musical studies at Bucks County
Community College playing percussion in the school’s wind ensemble and jazz band
under noted composer and arranger Jerry Nowak . Two years later, Art transferred
to West Chester University to pursue a bachelors degree in music education. While
at WCU, Art studied percussion with Joe Goebel while performing in various groups
including the jazz band, symphony orchestra, and the Golden Rams Marching Band, directed by Dr. James R. Wells. After graduation (1984), Art began his professional career as a music director working primarily in band instruction at area parochial and private schools. In 1990, Art began his long tenure at the Chichester School District, working primarily in instrumental instruction for the middle school band program (concert band, jazz band, and marching band), and also hand bell choir, classroom general music, and assistant band director and music arranger for the Chichester High School Marching Band. Art retired as a public school music
educator in January of 2019 after 28 years, totaling 32 combined years in music
education. In addition to percussion, Art is an accomplished electric bass player.
Art has played the bass in several area cover rock bands, namely “Kings No More”
and “4 Way Stop.”

It is Art’s desire to continue his long career of passing on his passion for music to
his students at Valotta Studios.

Art can be personally reached at Art.ValottaStudios@gmail.com

“We could not be happier with Art and would recommend him 10 out of 10 times! He is patient, he is firm when our son needs to be redirected (he’s an 8 year old boy, it happens!), and he goes out of his way to relate to our son as an individual. Beyond that, our son has been with him for nearly two years and has grown so much as a drummer! He’s worked really hard on his recital pieces and has made Mr. Art and his family very proud each time. Our son looks forward to seeing Art as a person as much as he looks forward to seeing him as a drum teacher.”