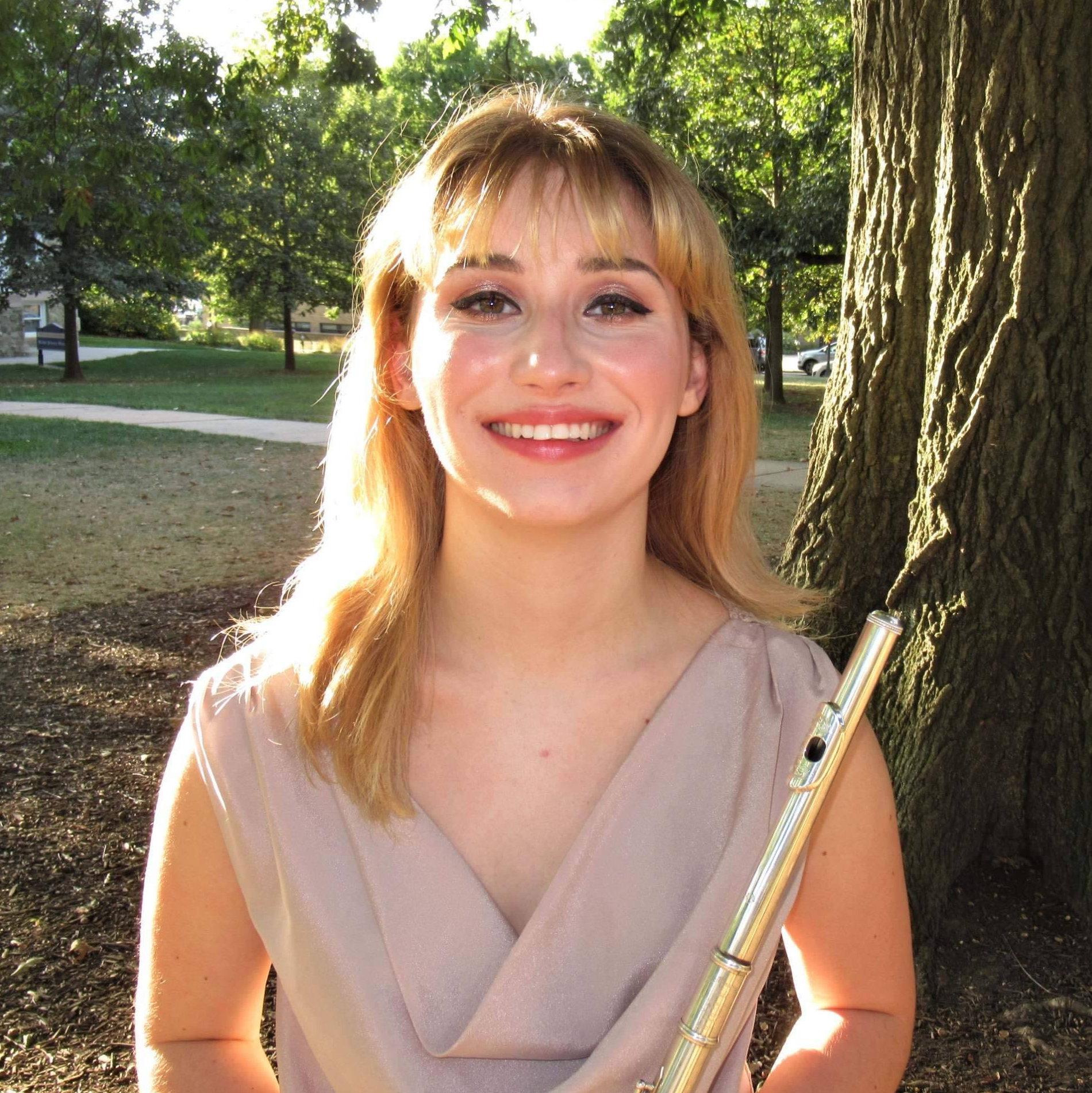 Chloe Leed is currently entering her fifth year of pursuing her B.M. in Flute Performance and minor in Baroque Flute. She currently performs with the West Chester University (WCU) Symphony Orchestra and Trilovati Flute Ensemble and has previously performed with the West Chester University Wind Ensemble, Chamber Winds, and Woodwind Quintet. Previously she has had the opportunity to perform with the Susquehanna Symphony Orchestra and the Upper Chesapeake Wind Ensemble. She traveled with the WCU Wind Ensemble to Carnegie Hall to perform in the New York Bank Festival in 2018, and to Tempe, Arizona to perform at the College Band Directors Association Convention in 2019. She’s been awarded the Dean’s Scholarship, Gloria H. Mitchell Scholarship and the S. Powell Middleton Memorial
Scholarship while at West Chester University. She has also taken lessons with Alberto Almarza, Lorna McGee, Soo-Kyung Park, and has performed in masterclasses with Claudia Anderson, David Cramer, Jill Felber, Angeleita Floyd and Sarah Jackson.

Chloe aims to provide a teaching environment centered around enthusiasm and positivity for the student’s progress as well as encouraging the student to perform at their highest potential. Her belief is that teaching should be a journey to mature as both a musician and a person and hopes that her students will grow with confidence in their musical abilities and themselves throughout their lessons. She is thrilled to be teaching at Valotta Studios!

Chloe can be personally reached at Chloe.ValottaStudios@gmail.com