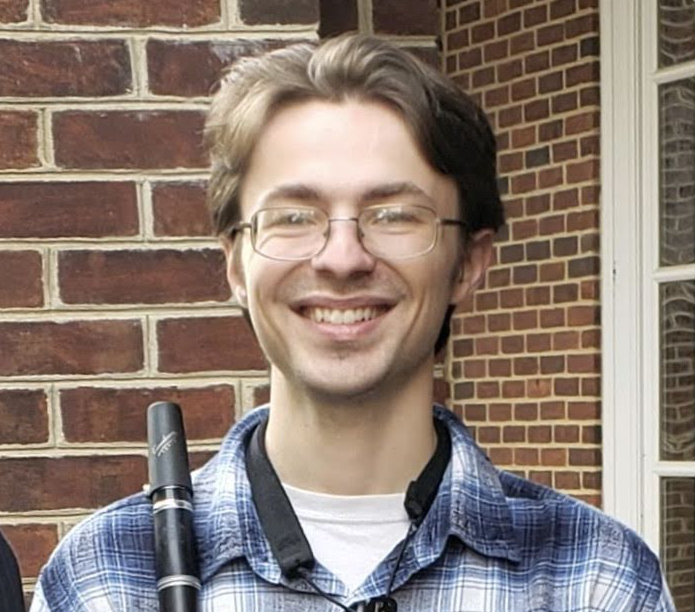 Eric Papa first garnered attention as a soloist and ensemble musician in northeast Pennsylvania through his recitals and concerto performances at venues such as Miller Symphony Hall, Cecilia Cohen Recital Hall, and Schaeffer Auditorium. He made his solo debut with the Kutztown University Orchestra performing Bernhard Crusell’s Clarinet Concerto No. 3 in B-flat major after winning the KU Orchestra Concerto Competition in 2016. Three years later, he went on to perform as Associate Principal/E-flat Clarinet with the University of Delaware Wind Ensemble during their tour of Spain which included venues such as the Ubeda Music Festival, and the Auditorio Manuel de Falla. Notable US performances include the PMEA All-State Conference with the Kutztown University Wind Ensemble, and at his solo masters recital at Gore Recital Hall at the University of Delaware.

Eric is passionate about clarinet chamber music and has made it one of his aims to promote obscure music written for this genre. He has been the co-founder of a few clarinet chamber ensembles, one of which is the JET Trio, which was founded in 2016 to perform in and around the area of Reading, Pennsylvania at local community centers. He is also a member of the TEAR Quartet which specializes in performing contemporary clarinet literature by composers such as Elliott Carter and Alfred Uhl. As a teacher, Eric has worked inside as well as outside of the classroom. He worked closely with the University of Delaware School of Music in restructuring their Instrument Methods curriculum and has taught clarinet, flute, saxophone, oboe, and bassoon. In addition to teaching woodwind methods at the university, he has worked as an applied Clarinet instructor in both private and group settings.

Eric regularly presents clinics at area public schools and works as a private clarinet instructor teaching students of all ages, many of whom have advanced to All-State level ensembles and have won regional competitions. He is currently an Associate Director of Education and Programs and a clarinet instructor with the organization Through the Staff: https://www.throughthestaff.org/

Eric received his B.S. in Music Education from Kutztown University and received his M.M. in Clarinet Performance from the University of Delaware. His principal teachers have been Drs. Soo Goh and Christopher Nichols. He is thrilled to be teaching at Valotta Studios!

Eric can be personally reached at EricP.ValottaStudios@gmail.com

“My daughter likes working with Mr. Eric a lot. She thinks he is a great teacher, and I find him very easy to get along with when I need to work with him directly. He has help show a huge difference in her playing!“