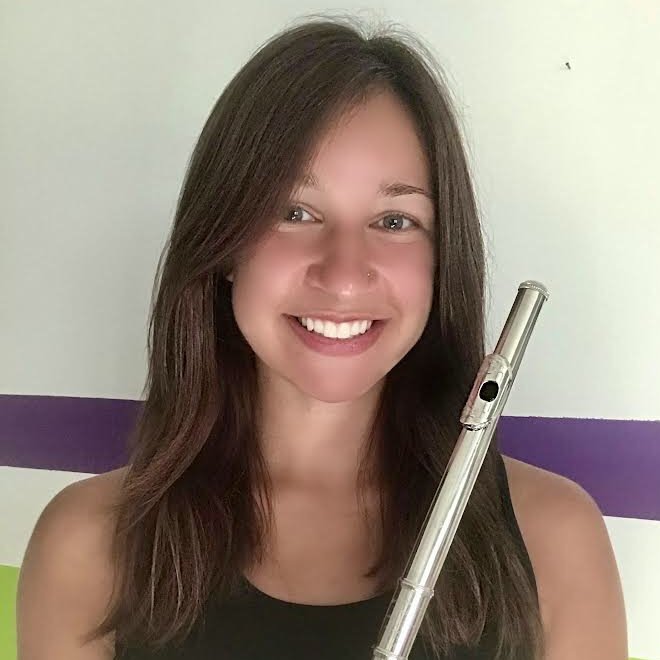 Erica Hinchcliff is a performer and teacher in the Chester County and Lancaster areas. She has recently earned a dual degree in Flute Performance and Psychology at West Chester University with minor lessons in piccolo and baroque flute. She had been an active performer in her schooling being seated in the WCU Wind Ensemble, WCU Symphony Orchestra, WCU Chamber Winds, the Trilovati Flute Ensemble, and a student organized flute quartet. In addition, Erica was an ambassador for the Wells School of Music. As a flautist, she participated in PMEA in high school, placing in All State Wind Ensemble, Concert Band, and Orchestra. She also sat principal in the York Youth Symphony Orchestra. Going into college, Erica earned the Neil E. Shue Music Scholarship and has stayed active in competitions. She has placed second in the Flute Society of Greater Philadelphia Collegiate Young Artist competition, second in MTNA Young Artists competition, and has received honorable mentions for both in previous years. Erica also enjoys attending and performing in masterclasses with flutists such as Patrick Williams, Trudy Kane, and more. In the community, Erica occasionally performs in local churches and participates in pit orchestras for local high school musicals. She has a holistic approach to teaching and hopes to inspire her students to build skills as a musician and as a person.

Erica can be personally reached at EricaH.ValottaStudios@gmail.com