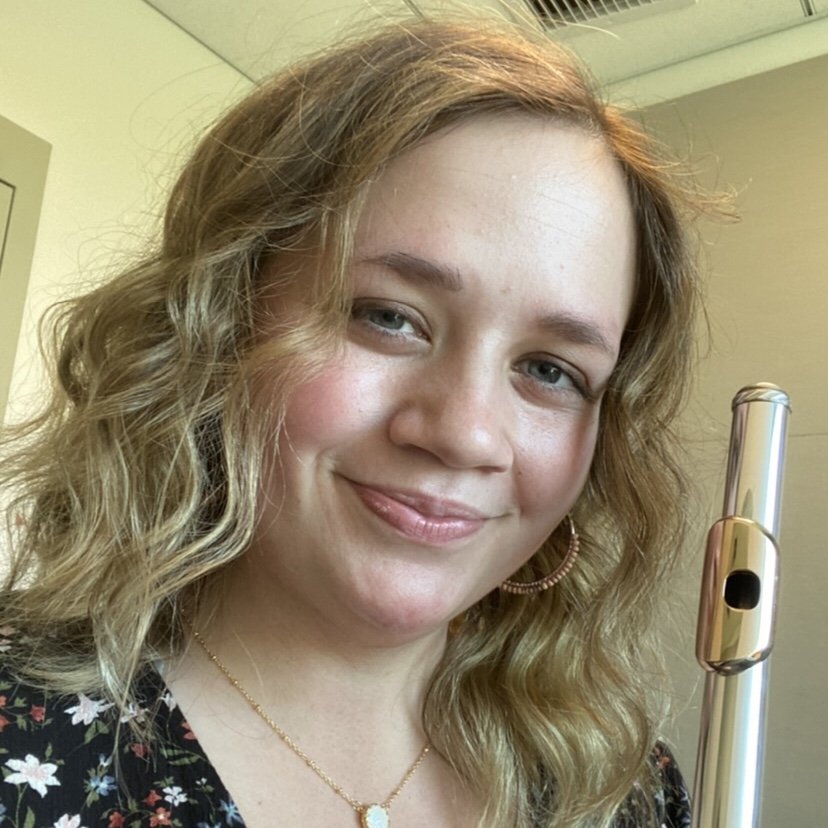 Grace Obert is a senior at West Chester University’s Wells School of Music where she is pursuing a Bachelor’s of Music in Flute Performance and Studio Composition with minors in Piccolo, Music History and Music Production. At WCU, Grace is the Corresponding Secretary for Sigma Alpha Iota, a professional fraternity for women in music, hosts her own Radio show on the university’s radio station and manages the social media for WCU’s Flute Studio and her Flute Quartet. She also has been regularly named to the University’s Dean’s List.

As a flutist, Grace studies under Dr. Kimberly Reighley at WCU and has previously studied with Francis Tate and Robin Kani. She has performed in masterclasses for Carol Wincenc, Mark Sparks, Claire Chase and Leon Buyse and had the opportunity last summer (2021) to participate in the Virtual Flute Festival where she took lessons with Sonora Slocum, Demarre McGill, Helen Blackburn and Katie Velasquez. She currently performs with the WCU Symphony Orchestra, Trilovati Flute Ensemble and Little Lyres flute quartet.

Grace is so excited to be teaching at Valotta Studios and to share her love for music with her students!

Grace can be personally reached at Grace.ValottaStudios@gmail.com