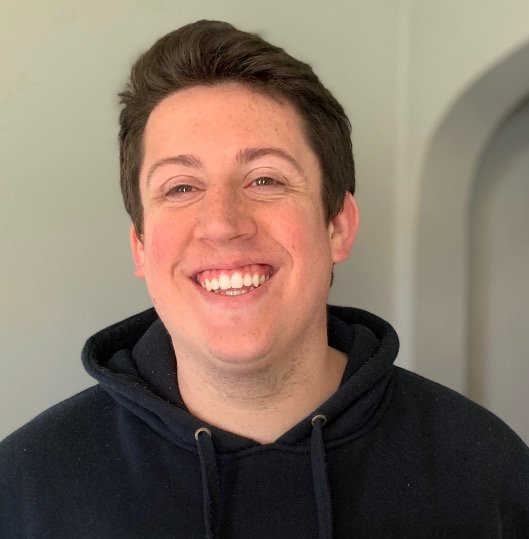 John has been the Director of Operations at Valotta Studios since 2014, all the while teaching bass, guitar, and violin lessons as well. After starting piano lessons in preschool, John continued to develop his passion for music as he gradually picked up more instruments. He has played the violin for 20+ years, guitar for 15+, and bass for 10+. Each of these instruments has had a lasting impact on John’s love of music, though from the first moment he held a guitar (and now with 10 in his collection!), that was his main focus. After studying jazz guitar under Michael Kennedy and classical guitar under John Dragonetti, John graduated with a Bachelor’s in Music Education from Immaculata University and Pi Kappa Lambda music honors. His experience ranges from more than a decade of private bass, guitar and violin instruction, collegiate-level music theory tutoring, and arranging for and directing both choral and instrumental ensembles, including Immaculata’s premier a cappella group of which he was a founding member and his own Guitar Ensemble program here at Valotta Studios.

In his capacity as Director of Operations, John has the pleasure of working directly with each and every new teacher, student, and family at Valotta Studios. Working full-time as the general administrator over all studio functions gives John the opportunity to keep his left brain working just as hard as his right brain does while teaching, a balance that John is happy to maintain!

As a private instructor, John has been lucky enough to have worked with so many talented young bassists, guitarists and violinists over the years. While he is always excited to take on a new student, there’s nothing quite as special as watching a long-time student continue to grow and learn – as a cool fun fact, two of John’s students have been with him since his first days teaching at Valotta Studios, representing the longest teaching-student pairings in our studio’s history!

John brings to Valotta Studios an extensive passion for writing, recording, performing, and teaching all genres of music with a unique technical attention for detail. Whether it’s classical, jazz, pop or rock n’ roll, he is stoked to jam and ready to teach!

John can be personally reached at John.ValottaStudios@gmail.com

“I honestly cannot tell you how much we respect John and how appreciative we are of him. We are so thankful that Mr. John is our son’s guitar teacher! Mr. John’s enthusiasm and passion for music is infectious. Our son enjoys his lessons as well as being part of Guitar Ensemble and comes away with a drive to learn more, and we love that he challenges our son with a variety of material. It is because of Mr. John that our son has an interest in different genres of music, music theory, and a LOVE of the guitar. Thank you!“