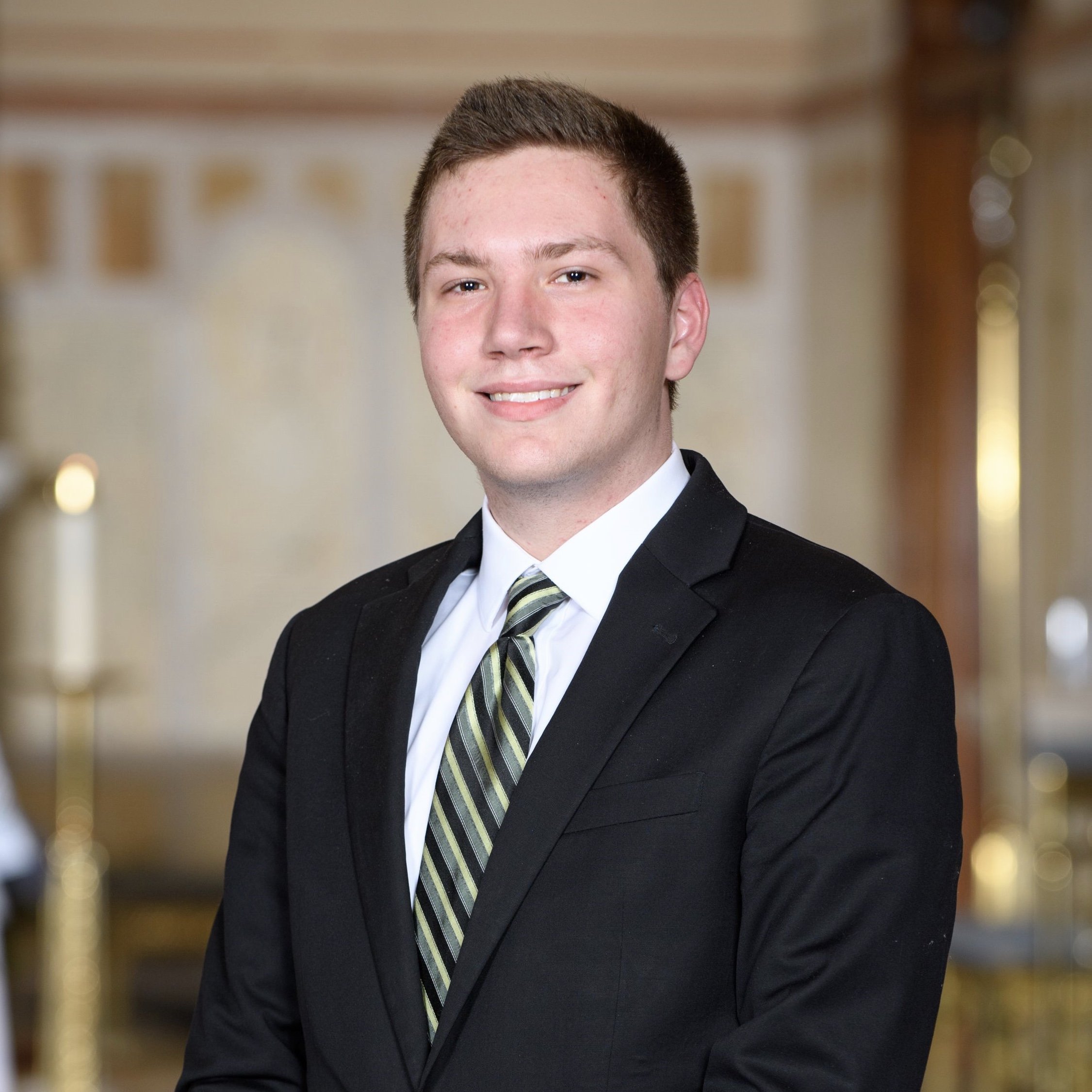 A native of Philadelphia, Joseph O’Brien is an organist and pianist pursuing his Bachelor’s Degree in Organ Performance at West Chester University. He began his studies on the piano at the age of nine with Kathleen Schneider, and has had performance opportunities in the Philadelphia area and beyond. In the spring of 2014, he performed in recitals at the Kaufman Music Center’s Merkin Concert Hall and Carnegie Hall’s Weill Recital Hall, both located in the heart of New York City. In 2017, Joseph began studying the organ with Michael Sheerin. and currently studies with Anita Greenlee. He serves as the Organist at the Basilica of the National Shrine of Saint Elizabeth Ann Seton in Emmitsburg, Maryland and the Director of Music at Holy Family Church in the Manayunk section of Philadelphia. Joseph’s teaching method is based in the Taubman Approach, which emphasizes a healthy and efficient piano technique. He has been teaching private piano lessons to students of all ages since 2014 and is committed to sharing his love of music with his students at Valotta Studios!

Joseph can be personally reached at Joseph.ValottaStudios@gmail.com