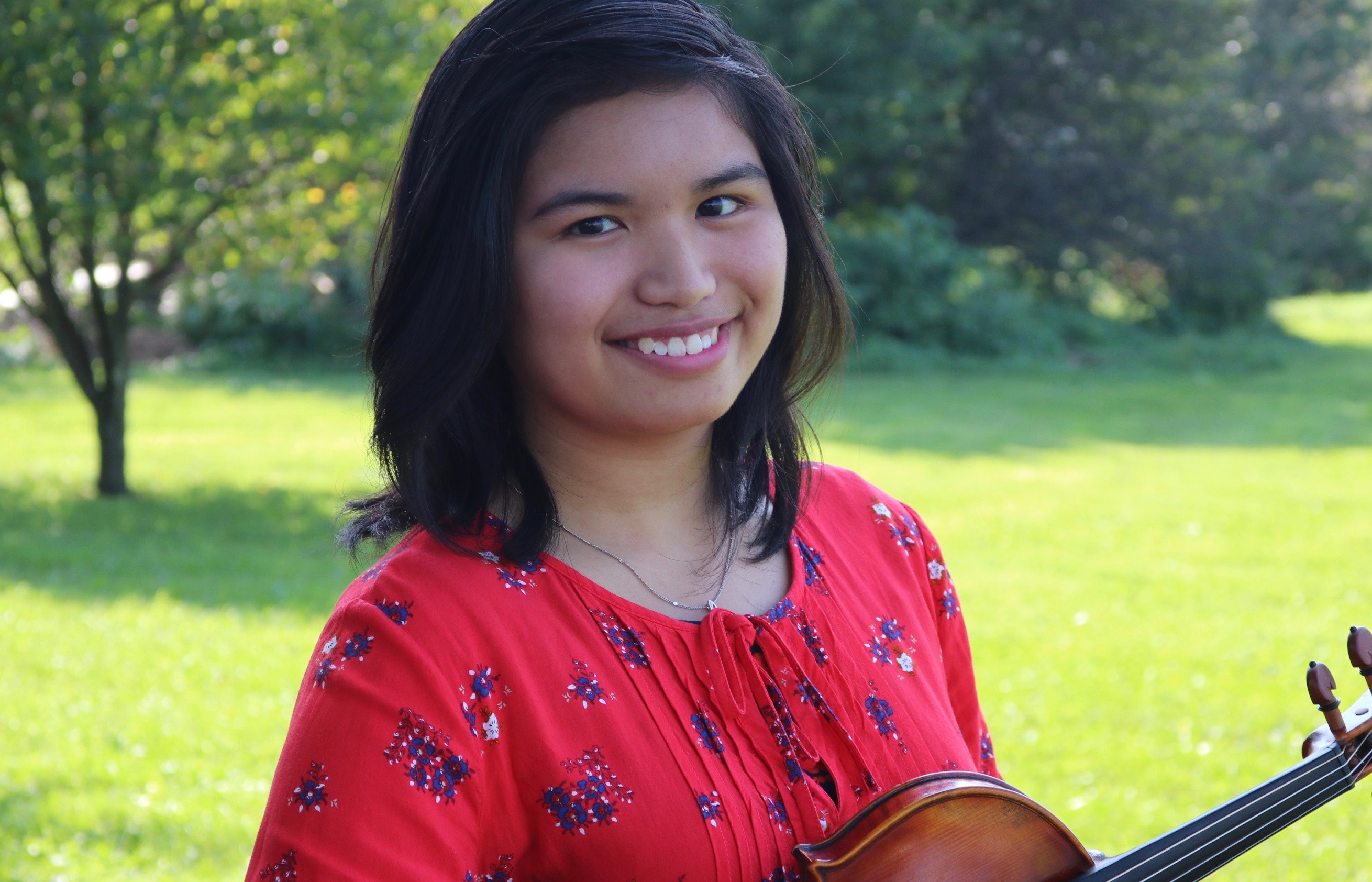 Kyla Eryka de Guia is a Dean’s List student and University Ambassador pursuing a bachelor’s degree in Violin Performance with a Minor in Music Production at West Chester University.  She is involved with the WCU Symphony Orchestra, Chamber Orchestra, Mastersingers, and other clubs and organizations as well.  Kyla started playing violin at the age of nine and piano at the age of eight. She enjoys learning different instruments in her spare time, such as drums, ukulele, and guitar.

During her high school years, she participated in her school’s Chamber and Symphony Orchestra and was also a member of pit orchestra for four consecutive years. She became part of the Select Ensemble and String Quartet and attained the Assistant Concertmaster position in her senior year. Additionally, she served as an officer in her school’s Student Council and National Honor Society Chapter and was heavily involved in both co-curricular and extra-curricular activities. She is also part of a Sunday worship team at her church. In her senior year of high school, Kyla was awarded as the Overall Musician, received other major music awards,  and graduated Cum Laude.  Kyla had extremely rewarding experiences performing in Disney World with her high school orchestra, performing with the Chester County Youth Orchestra for two years, playing with the Chesco Pops Orchestra during its Summer Concert Series in 2017, and participating in the PMEA District 12 Orchestra Festival the same year. Most recently, she had the opportunity to perform in Kimmel Center with the WCU Symphony Orchestra. In her leisure time, she records, arranges, and composes music, as well as collaborates with fellow musicians.

Kyla is excited to teach at Valotta Studios and help her students develop their musicianship skills. With all these great opportunities, she is thankful and blessed!

Kyla can be personally reached at Kyla.ValottaStudios@gmail.com