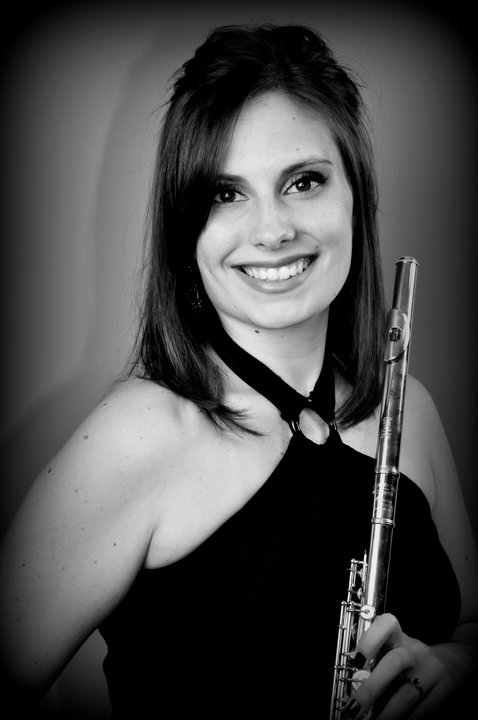 Nadine Valotta-Badasarian is a private flute, piano, Zumbini and Kindermusik teacher in the Chester Springs, PA area. She began to play the flute and piano at the age of nine. Growing up in a musical household, Nadine excelled in every music program the Cinnaminson School District had to offer. She participated in several bands and choirs within school as well as at the regional and state levels. In high school, Nadine participated in Rowan University’s Concert Band for three years and New Jersey’s Union Band (Local 336) in 2005-2007.
Nadine graduated from West Chester University of PA with honors earning her bachelors degree in music education with a concentration in flute, piano, and music history in 2011. At WCU, Nadine participated in several bands and choirs, as well as the top premiere auditioned ensemble, Wind Ensemble. She received the West Chester University of Pennsylvania’s 2011 Senior Teacher Excellence Award and was accepted into Pi Lambda Theta Educator’s Honors Society. Nadine earned her Masters in Music Education with a concentration in flute performance at WCU. She is Level 3 Certified in Orff (an elementary methodology of teaching music). Nadine also is a Kindermusik Licensed Professional and a Zumbini Licensed Professional.
After teaching privately for several years, Nadine decided to open Valotta Studios with the goal of making music education accessible to every member of each family. Now Nadine greatly enjoys teaching and working with her staff to help them become better teachers.

Nadine can be personally reached at Nadine.ValottaStudios@gmail.com

“We have known Miss Nadine as owner of Valotta Studios since we started taking lessons in 2015. As the owner we were immediately impressed by her friendliness and professionalism. Every time we come into the studio, to this day, we are greeted by name as old friends, which we have become! Nadine now teaches my daughter flute. She has such a personal touch to her teaching- she took the time to learn how my daughter best learns and tailors each lesson to her learning style, highlighting the music in colors when needed. My daughter has grown as a musician by leaps and bounds since beginning to work with Nadine. Her confidence as a musician soars and she enjoys her lessons each week. She is motivated to work hard for Nadine and it warms my heart so much to hear so much laughter coming out of the lesson room. We are so thankful for Nadine- for her heart for teaching, for her love of her students, for her innovation and creativity in the studio, and for her friendship.“