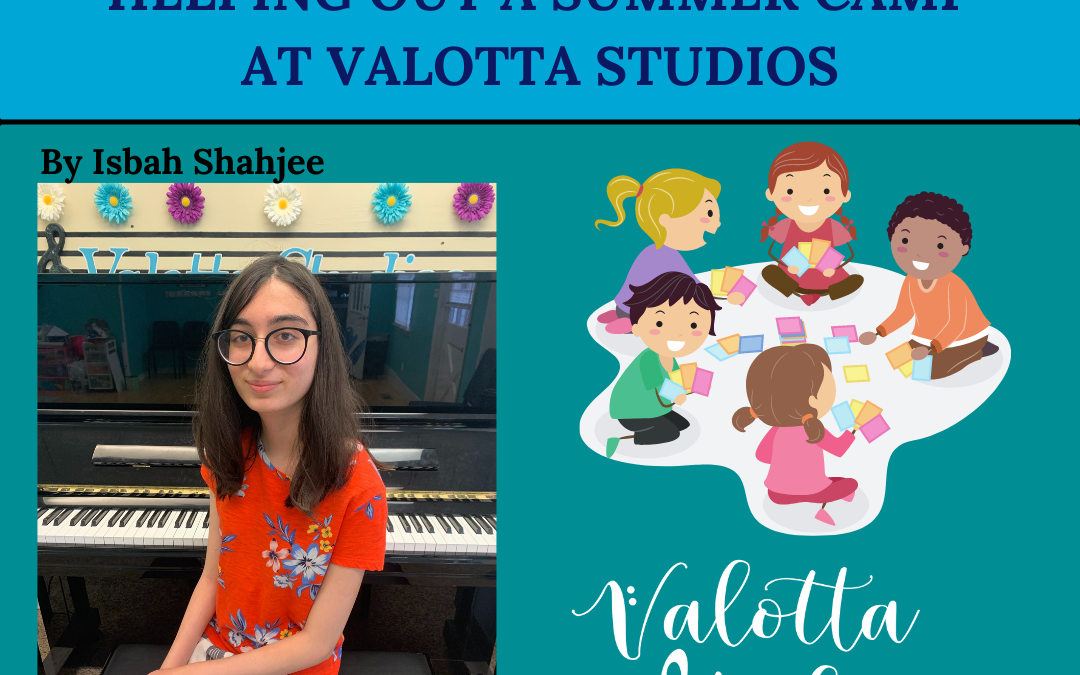 A few weeks ago, I assisted with the Bumps & Beats Summer Camp at Valotta Studios. It was a great learning experience for me as I figured out how to work with younger children. In the mornings, I would help the teacher in charge with setting up the day’s activities. Our usual schedule included playing games, arts & crafts, and practicing songs for the end-of-week final concert. The kids were very energetic and sometimes there would be trouble getting them to listen to directions, but by Friday their concert came together amazingly.

During the week we spent at camp, the kids created plenty of amazing crafts for the big concert. They had brought household items, such as bottles or egg cartons, and created instruments out of them with our help. They all worked together to cut out shapes and draw for a banner which was hung up in the room. They also cooperated well in drawing on a poster to advertise their band. On Thursday, Miss Taylor had brought in t-shirts to decorate which they all wore the day of the concert.

All of the crafts the kids had made over the week appeared in the concert, and they all turned out great! The kids even had their own band name: The Tigers! They also handed out flyers with a list of the songs they would be performing. The audience enjoyed seeing them shine onstage and the kids were very excited to show off what they had learned during their week with us. In the end, they put on a wonderful performance.

At their Friday concert, the kids used the instruments they created as well as drums and shakers. Throughout the week, the kids managed to learn 4 songs incredibly well. They became familiar with music theory and better at playing their parts at the right time. We spent a lot of time preparing for Friday’s concert and all the work had been worth it. It was great to see how much they had improved and grown.